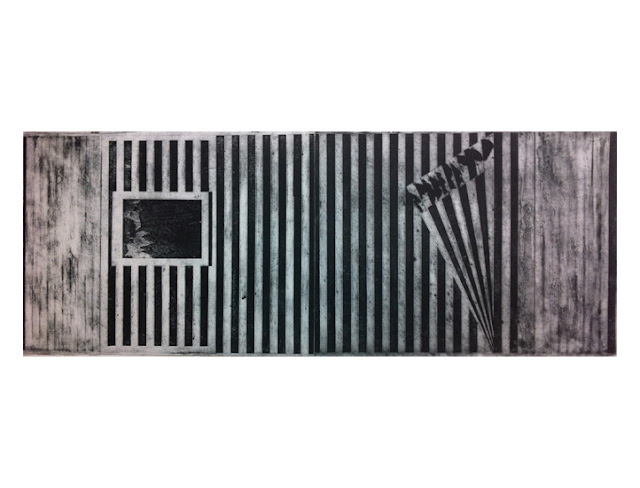 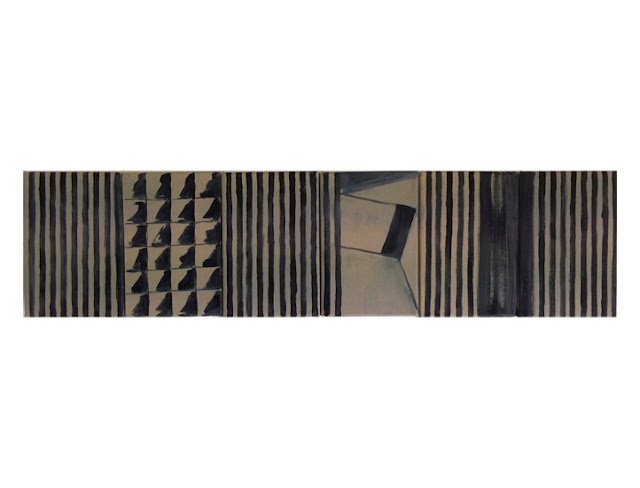 Sandra Porter’s work explores a fascination with the power of repetition. Through playing with grids, stripes and recurrent schemes she creates series of images that are similar but never the same. Pieces differ; reflect each other yet also work independently. Recent prints and paintings are ever evolving improvisations around the stipe and grid format.  These works seek a synthesis between the horizontal and vertical stripe together with the all-important negotiation of monochrome, colour and definitive mark. 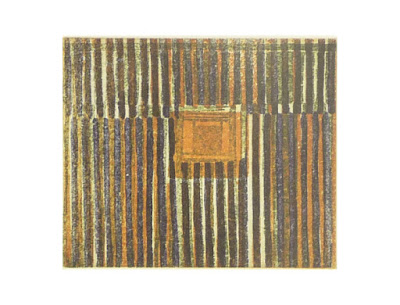 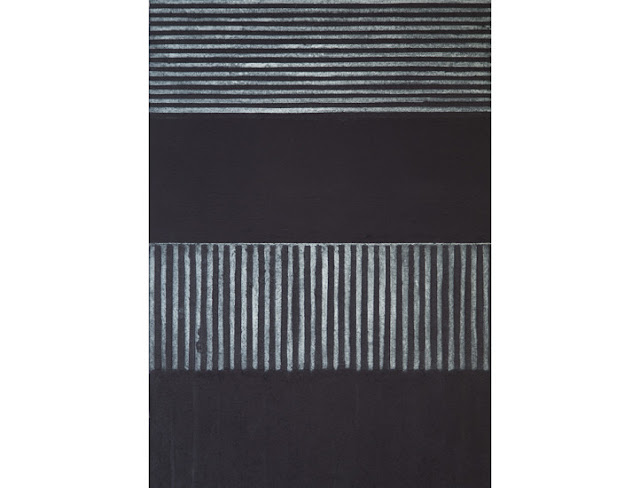 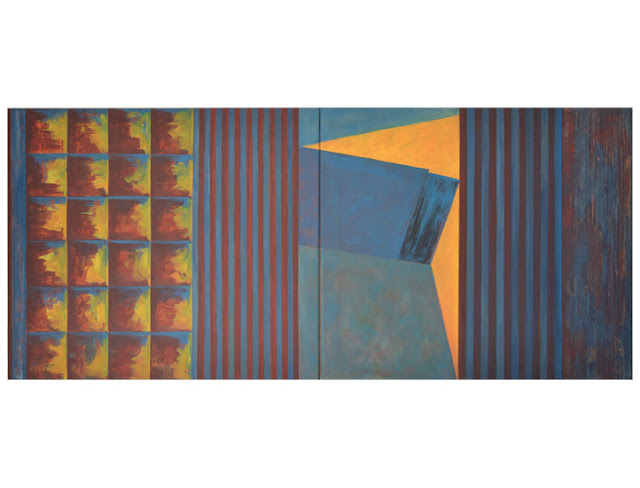 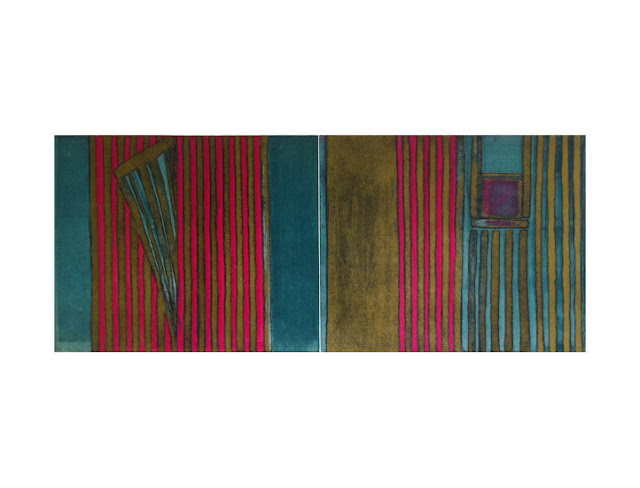 Whilst colour, structure and pattern are the means by which I interpret the ancient and modern worlds, I remain deeply influenced by the art of the early Italian Renaissance as well as the traditions of Modernism, Constructivism, Minimalism and Abstract expressionism. When all figurative references are absent in the work the imagination can create a genuinely original narrative, which can be said to be truly abstract. Only then can a visual language really speak.

In the same way that my printmaking influences my painting and my painting affects my printmaking, the relationship between what I see in the outside world works symbiotically with the processes of my practice as an artist My preoccupations in the studio can suddenly resonate with something I see outside of it. A new experience of a piece of architecture or art can kick start a whole new series of work and when all figurative references are absent in the work the imagination begins to create a narrative which can be said to be truly abstract. 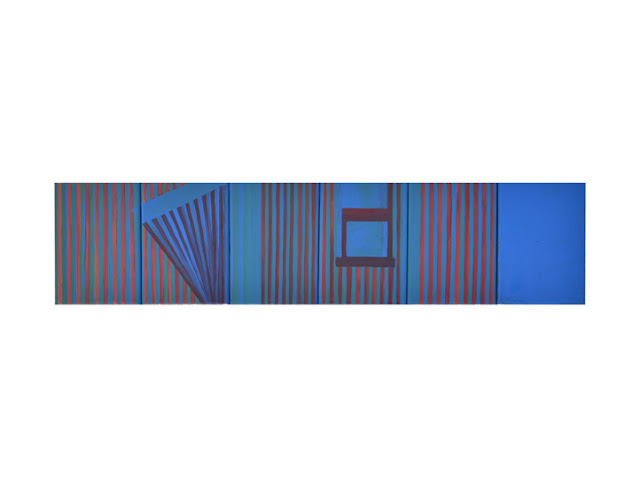 Skye Bothan II
Gaining a Masters in Painting from Chelsea School of Art in 1981, Sandra Porter later studied Printmaking with Master Printmaker Dorothea Wight in the 1990s. She has exhibited widely in a thirty year career latterly in New York and France as well as the UK and her work can be found in Private & Public Collections including Arthur Anderson, Deutsche Bank, the Government Art Collection, Hammersmith Council and in the Tate and V&A Libraries.