Jackson Pollock: Blind Spots
Tate Liverpool: Exhibition
30 June – 18 October 2015
Jackson Pollock: Blind Spots at Tate Liverpool is the first exhibition in more than 30 years to explore the artist’s black pourings, a lesser known but extremely influential part of his practice. The exhibition offers a unique opportunity to see the largest number of Pollock’s black pourings ever assembled in the UK, with some never before seen in this country. 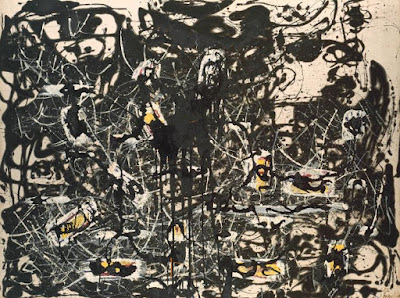 Yellow Islands
This exhibition will take visitors on a journey through the artist’s career, starting with a room featuring a selection of his iconic drip paintings from 1947–49 as an introduction to the black pourings period, 1951–53. Exhibiting works from the peak of the artist’s fame alongside his lesser known work offers viewers the opportunity to appreciate Pollock’s broader ambitions as an artist and better understand the importance of the ‘blind spots’ in his practice.
The exhibition includes a painting from the Empire State Plaza Art Collection. 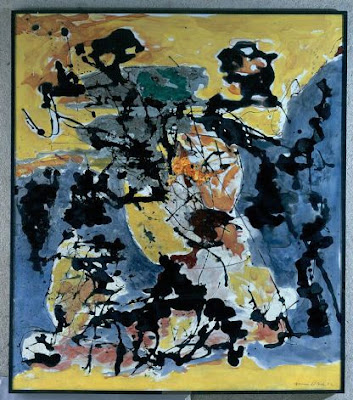 No 12
State Office of General Services Commissioner RoAnn Destito said the loan of "Number 12, 1952" fulfills a goal of the state's collection to expose the public to the work of New York artists."

"Number 12" barely survived the 1961 fire at the Executive Mansion, where Gov. Nelson Rockefeller — who bought the painting for his personal collection in 1952 — hung it on the second floor, next to a tapestry version of Picasso's "Guernica."
The heat of the fire — said to be caused by faulty wiring — melted the paint. After initial conservation efforts, the painting was given to the state and put on display in 1974. In 1990, "Number 12" received an extensive overhaul at the Williamstown Art Conservation Center in Massachusetts and was returned to its space at the foot of the Corning Tower in 1991. 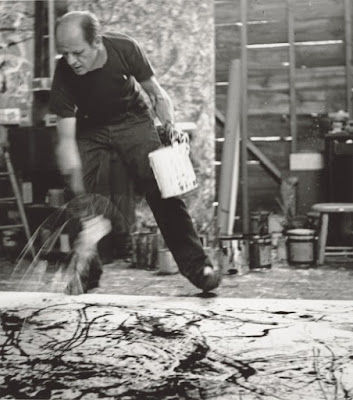