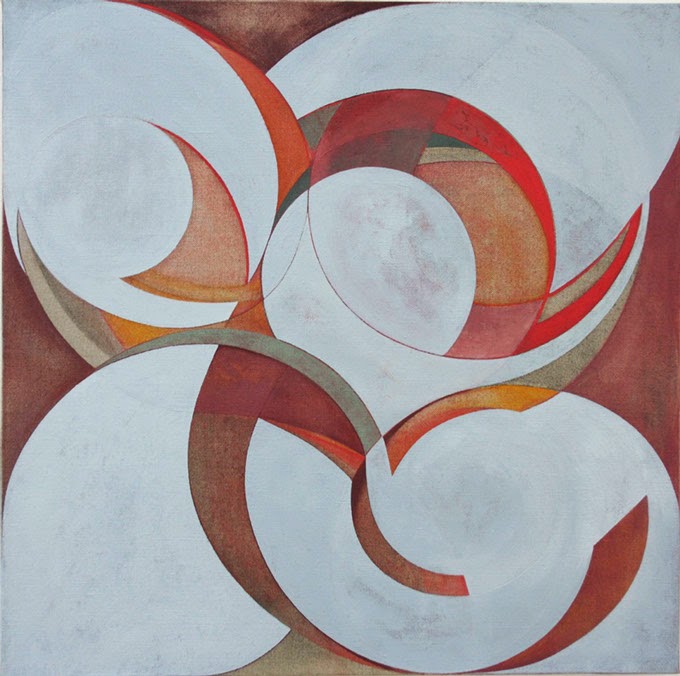 "Ontology is the philosophical study of the nature of being, becoming, existence, or reality, as well as the basic categories of being and their relations." 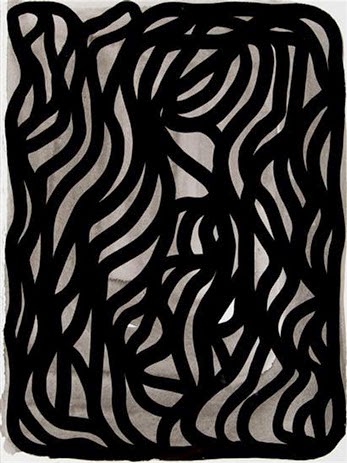 "Heidegger's best known book, Being and Time (1927), is considered one of the most important philosophical works of the 20th century.[7] In it and later works, Heidegger maintained that our way of questioning defines our nature. He argued that Western thinking had lost sight of being. Finding ourselves as "always already" moving within ontological presuppositions, we lose touch with our grasp of being and its truth becomes "muddled".[8] 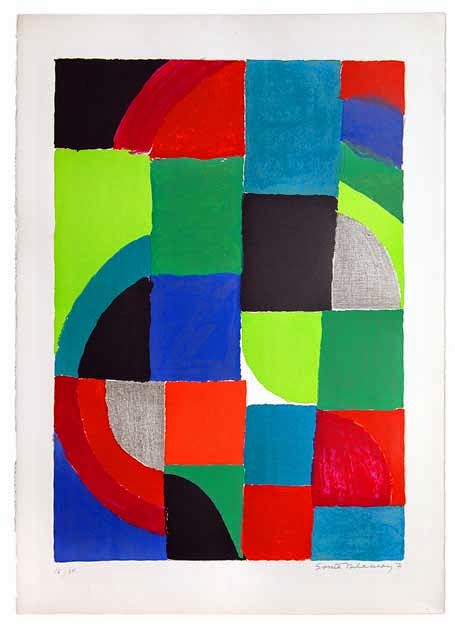 "Here are three painters with an interest in the intention-patterns that rhyme and articulate the substances of their work. In the work of one artist (Cook) we find turning, billowing forms that bulge and die away in accordance with principles that stem from the fact of the square format of the picture itself: here seem to be energies replicating those of galaxies that spiral together in dialogue, each curvature bound by the disposition of every other, now appearing as the combined effects of painted areas and densities on a scale at which cosmic evolution and studio practice can make a claim to be the same thing. 'Finding an order out of nothing' is how she describes a process in which the making of a painting functions like the mutual accommodation of liquids in a container, perpetually seeking balance while never fully achieving a state of rest. Even the smallest work of painting, she would say, needs the 'esemplastic power' that Coleridge believed brought opposite forces together in the interests of the whole entity thus formed. A second artist (Jackson) likes flat bands that are sized somewhere between thin lines that define the edge of something and the broader planes whose very edges those same lines might almost be: bands that hook larger planes together as in crocheting; hiding or masking others, while revealing or announcing yet more. She looks closely at arches, and upwards at cupolas. She likes dancing. And she thinks a lot about Heidegger. Each painting shows a rhythm of some sort, premised upon kinds of musical architecture having irregular thematic shapes, not unlike the sonata. 'Studio perceptions are not the appearance of the world reported on', she tells us, 'or sketched in, but the slow revelation, the unfolding, the unconcealment, of being present now'. 'I travel a lot in books', she adds in provocation. A third artist (Taylor) is drawn to ostensibly primitive shapes, here mostly triangles, organised in a manner that tries to mimic processes of growth, real as well as imagined, upon surfaces that are perhaps microbial, or whose miniature scale has been dramatically enlarged with an instrument of visual inspection. At such a range of magnification nature has no surfaces, of course; only forms colonising other forms, substances attempting to coalesce with other substances in given fractal dimensions, and where inscrutable rules of self-organisation are a guiding and governing key. He likes to recall the phrasing of Daniel-Henry Kahnweiler, reflecting on the Cubist painters of his acquaintance who used to tell him that a painting was a tableau-objet or picture-thing, each with a personality and a being for others - un être pour autrui as the existentialists came to say." 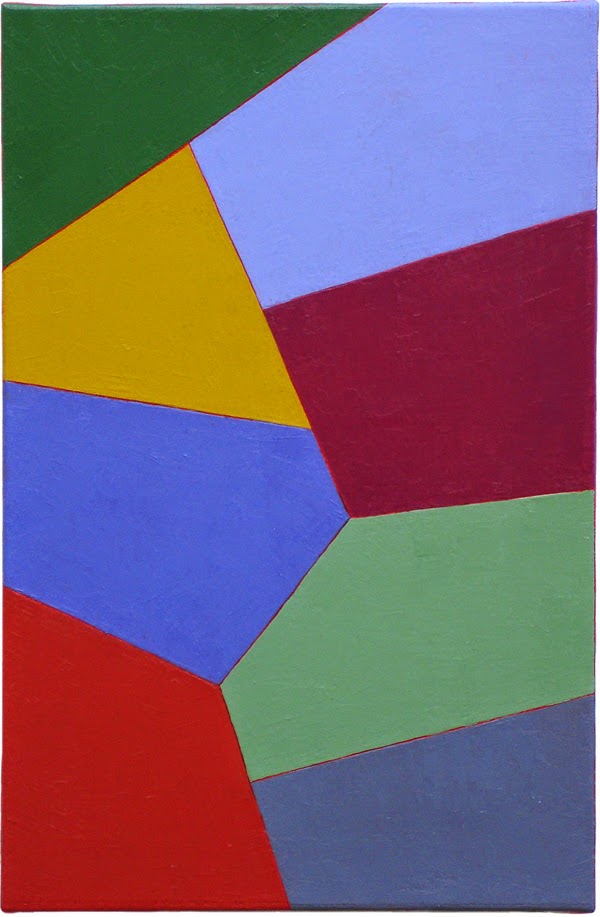 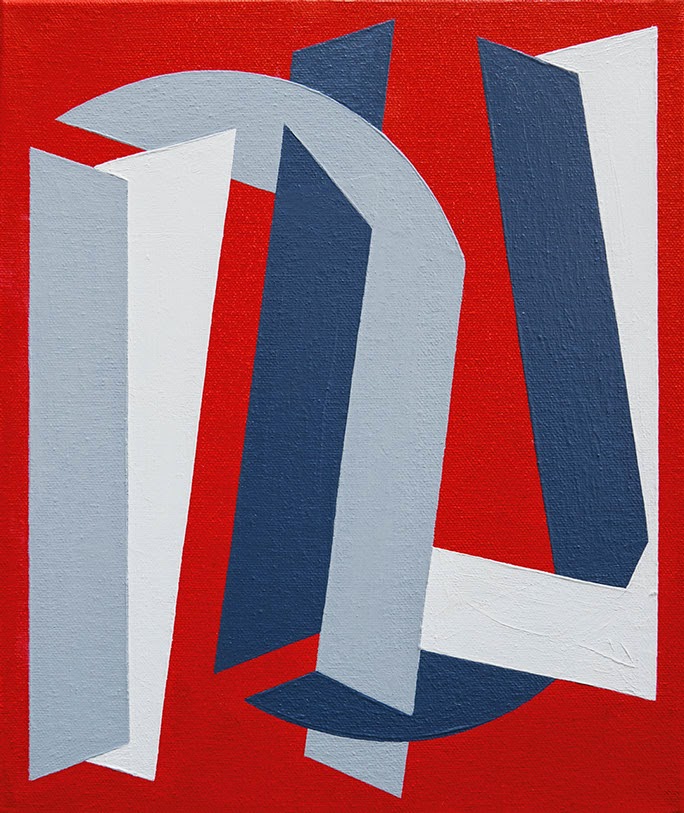 Untitles Brandon Taylor
It is always a curiosity and a marvel that with similar ambitions and asking the same questions, that the expressions of our enquiries have such different outcomes. It would appear that we don't hear our own voices and that we construct our realities. One woman's nature is another's art.