Scales
The artist has cited a diverse range of sources and influences including aberrant psychologies (particularly schizophrenia and paranoia). Sterling Ruby was born in Bitburg, Germany, in 1972. He lives and works in Los Angeles.

Running concurrently in the two gallery spaces, ECLPSE (6 rue St-Georges) features the artist’s collages, while a series of recent sculptures are presented in SCALES (107 rue St Georges).
Posted by Monk at Thursday, April 23, 2015 No comments: 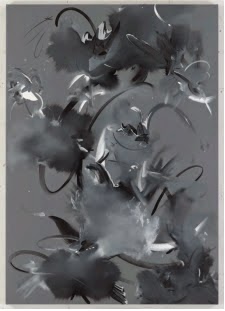 Fiona Rae Figure 1g, 2014 Oil and acrylic on canvas 72 x 51 in. / 183 x 129.5 cm
This new series of greyscale paintings from 2014–2015 marks an exciting and significant development in Rae’s practice. Each painting’s composition predicates a notional figure, whose existence is simultaneously manifested and denied in a theatre of direct performative mark-making. These are abstract compositions teetering on the edge of figuration, expressively rendered in black, white and tones of grey. Within this rigorous and strategic system of hue reduction and subtle balancing of tonal relationships, Rae has nevertheless created an intensely colourful and dynamic suite of paintings that embody both the tropes of high modernist idealism and the distanced manipulations of a Photoshop-inflected present. Alongside these paintings, a series of small-scale charcoal drawings will be shown – a new expressive medium for the artist – and one upon which her wit and restless invention are brought dramatically to bear.

Inspired by a variety of sources from Chen Rong’s thirteenth-century Nine Dragons to Robert Rauschenberg’s Erased de Kooning Drawing (1953), Rae challenged herself to find a way of representing the figure that synthesised its historical traditions with the contemporary existential experience of self: "I wanted to be de Kooning making a Woman drawing or painting, and at the same time I wanted to be Rauschenberg erasing it. That seemed to me to be the perfect answer to the problem of allowing oneself to make a drawing of a figure without disappearing into the past. Doing it and undoing it until some kind of image just about arrives. With the paintings, I had the same notion of erasure, while at the same time both longing to make a figure appear and wishing to remain in the field of abstraction."

LINE OF SITE at Grimaldis Gallery until 23 May. 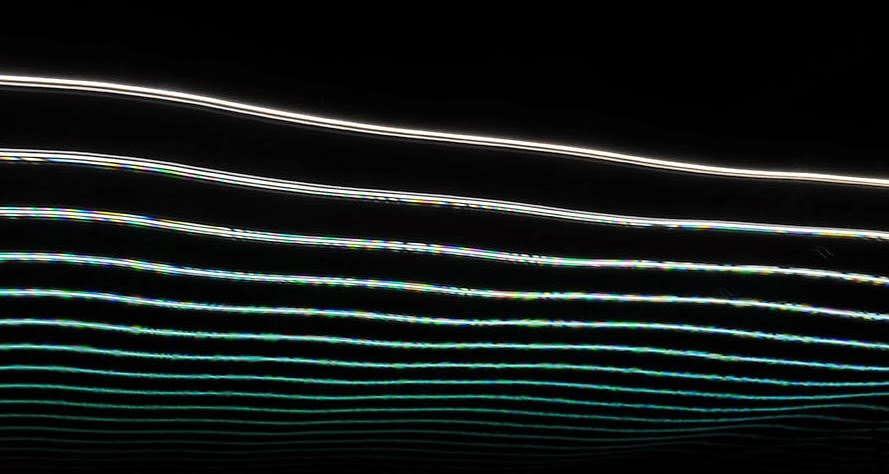 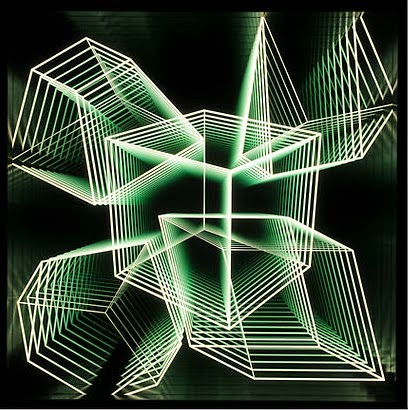 Five Hexahedra 2015
Korean artist Chul Hyun Ahn creates sculptures utilizing light, color, and illusion as physical representations of his investigation of infinite space.  Ahn’s interest in the gap between the conscious and subconscious compels him to construct illusionistic environments providing a space for contemplation.  Ahn’s sculpture urges the viewer to consider man’s boundless ability for physical and spiritual travel while exploiting illusions of infinity and the poetics of emptiness. 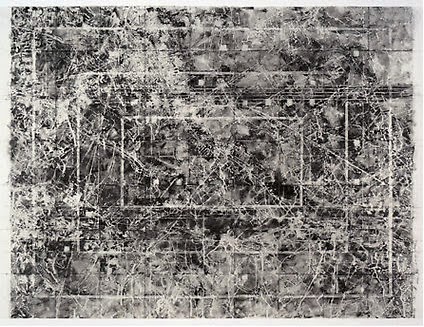 Open Peace
"Goldsleger’s mixed media drawings in “Line of Site” reference military maps from WWI, and are titled after Woodrow Wilson’s “Fourteen Points” outline for peace that led to the final resolution of the war. Now nearly one hundred years after the “war to end all wars”, the world seems to be in a constant state of war from which it seems unable to escape. "
"Space, for me, is an expressive aspect of culture. I agree with Bachelard and believe that the spaces we know and inhabit have as profound an impact on us as we do on them. Space reveals how a society is organized and societal needs. Public space is a key character, the protagonist, in my work. Public places and institutional spaces intrigue me because of their shared communal nature. They are where people gather and interact. For that reason I find them filled with invisible history and tension. It is that sense of timeless existence and the accrual of experiences that I attempt to depict in my work. It serves as a way to delve into ideas about isolation, communication, human interaction and time. Through the depiction of various spaces I question what is real and investigate how we see and understand the world around us. Attributes are not fixed in my work; I attempt to make them fluid and subtle so that a viewer’s experiences affect the understanding of each piece and one’s interpretation can evolve and change over time. My interests range from small details to complex plans and from specific sources to imagined spaces. My paintings and drawings originate from these ideas." Cheryl Goldslegger. 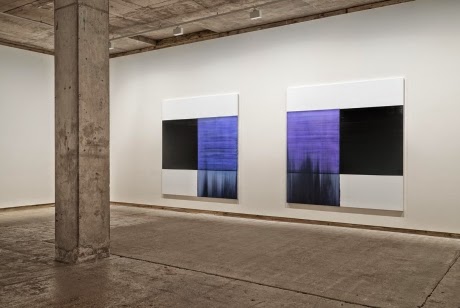 "Frith Street Gallery is pleased to announce an exhibition of new paintings by Callum Innes. One of the most important painters of his generation, Innes is known for a practice that combines intellectual rigour with incredible sensitivity to his chosen medium.
This exhibition focuses on works from the artist’s celebrated Exposed Paintings series. This series played a central role in Innes’ seminal presentation at 2014’s exhibition Generation: 25 Years of Contemporary Art in Scotland. The Exposed Paintings are explorations of colour and pictorial space, and are created through a process of addition and subtraction. Progressive layers of oil paint are applied to a section of the canvas’ surface, creating a dense, black field. The artist then removes a section of this layer using turpentine to reveal the constituent colours beneath, and the residue of this process stains the canvas with veils of pigment. The large paintings in this exhibition are composed of approximately 7 individual layers of paint, many more than in previous similar works, and so they achieve another level of luminosity and movement."
To create new form and to escape the grid is hard to do but Callum Innes like Sean Scully shows his control in accepting this motif with the sensitive and sensuous results. 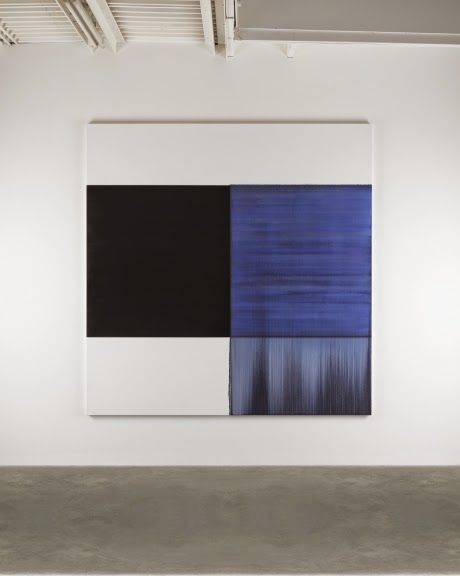