Seven from the Seventies at Flowers

Each demonstrates a reductive and disciplined articulation of the sensations of light, form, sound, colour and space. Their ordered, procedural and systematic approach to painting opened up new possibilities for future formal experimentation within abstraction. 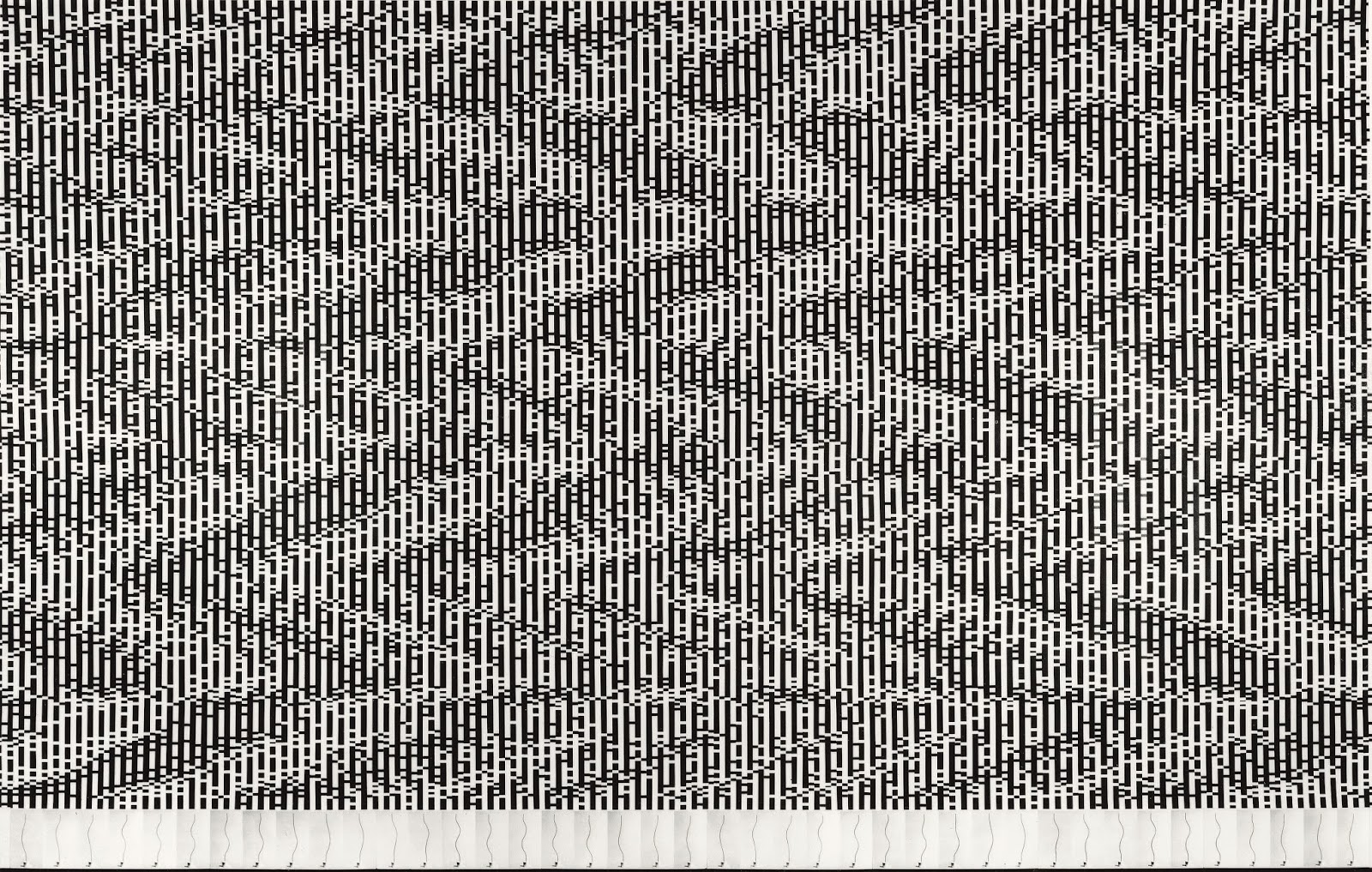 Michael Kidner Column (no.2) in Front of its own Image, 1970 (c) Michael Kidner Art Ltd., Courtesy of Flowers Gallery
Michael Kidner’s rigorous intellectual approach to colour and form also resonates emotionally: ‘Unless you read a painting as a feeling,’ he has said, ‘then you don’t get anything at all’. Column No.2 In Front of Its Own Image, 1972-3 systematically records the grid or lattice formed by the movement of a three dimensional object in space, itself a solid representation of the intersection of two wavy lines. Exploring the complex effects achieved by the arrangement of simple elements according to a set of self-imposed rules, he generated “visual metaphors for the opposing manifestations of order and disorder in nature.” (Irving Sandler -Michael Kidner, Flowers Gallery, 2007). 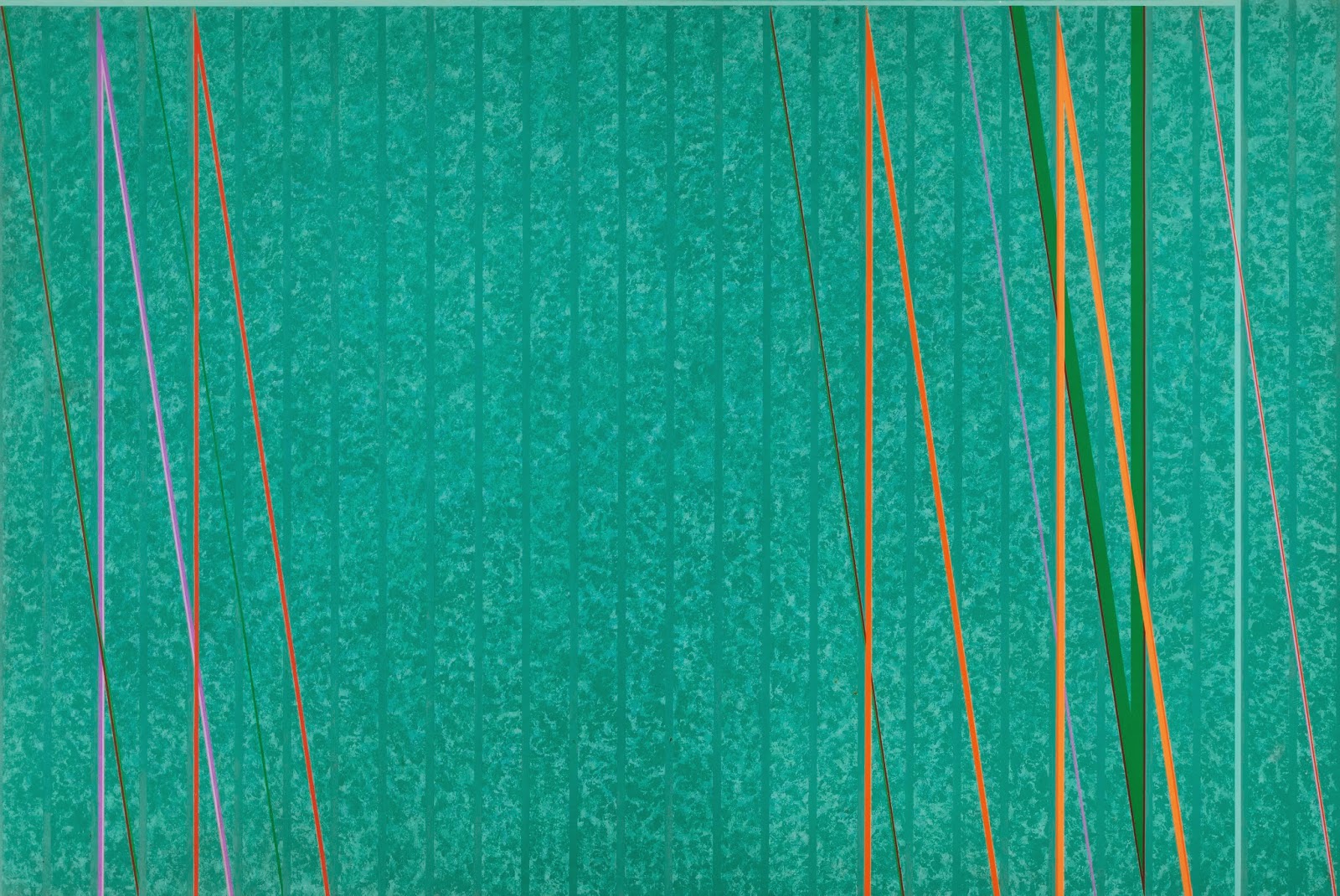 Colin Cina, MH39, 1973  (c) Colin Cina, Courtesy of Flowers Gallery
Colin Cina’s MH series has been described as the artist’s “homage to the rectangle” (William Feaver - Art International,1972). Finding a sense of freedom within its formal confines, his lyrical coloured panels are rhythmically orchestrated by vertical lines and chevrons, the relational aspect of which set Cina’s work apart from much Colour Field painting of the time. Like so many younger artists of that epoch in London, most of my paintings then were defiantly big, chromatic works, in loose kinship with those of the New York school of that period - broad and tall and deliberately ‘anonymous’ with respect to paint-handling. New York was then still in thrall to Clement Greenberg’s somewhat uncompromising pronouncements on how a poetic but very new abstract art could be achieved. London’s ‘hard-edge’ painting of that decade was less reverent about the Greenberg approach: you might say, it was more eclectic, more rooted in pioneer Modernist European ideas. – Colin Cina 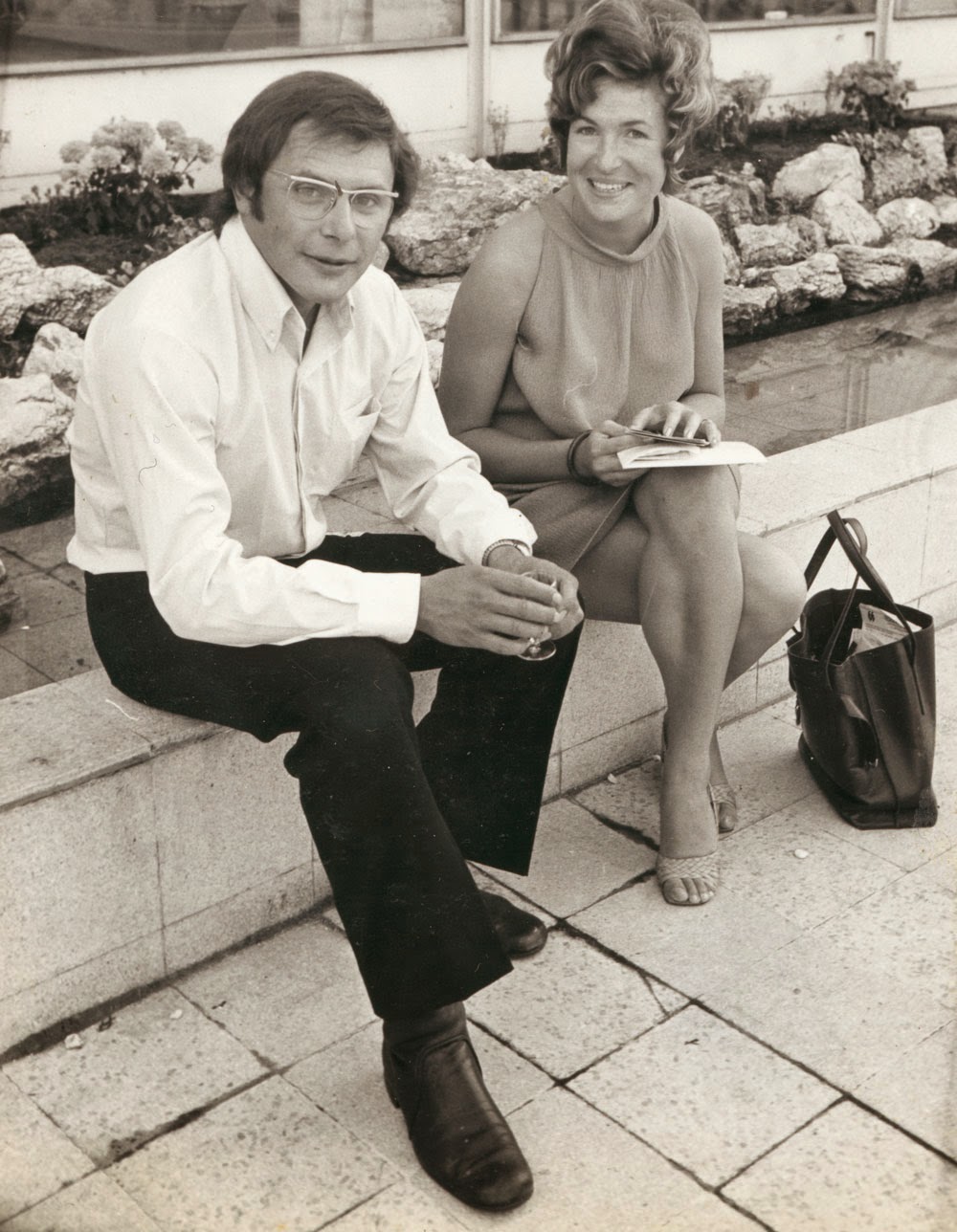 With prominent roles in British art schools as well as international professorships, their ideas impacted upon a generation of artists. Colin Cina, and Michael Kidner were tutors of mine when I was at Chelsea but unlike John Carter, a contemporary constructivist and fellow tutor, they were not set on imposing their approach. They were well informed artists with a real sense of the place and influence of abstraction in the UK. They encouraged open enquiry and if anything I remember them being almost reticent to introduce students to their own paintings. However I recall with affection my only Colin Cina studio visit where he shared with excitement the latest evolution in his work. Colin's delight was because he had broken the picture plane with shadows. This nuance of painting, this small adjustment was where our discussions were focussed, seeing the small personal and formal boundaries being tested.