I recently went to supper with friends who were clearing out a number of items. After the meal they asked me to take a look and among the variety of prints, paintings and books was this catalogue produced by the Arts Council in 1959 for the exhibition at The Whitechapel Art Gallery in London in association with MOMA New York. I knew of the exhibition but I had never seen the catalogue before. The artists in the exhibition include Baziotes, Brooks, Francis, Gorky,Gottlieb, Guston, Hartigan, Kline, de Kooning, Motherwell, Newman, Pollock, Rothko, Stamos, Still, Tomlin and Tworkov. 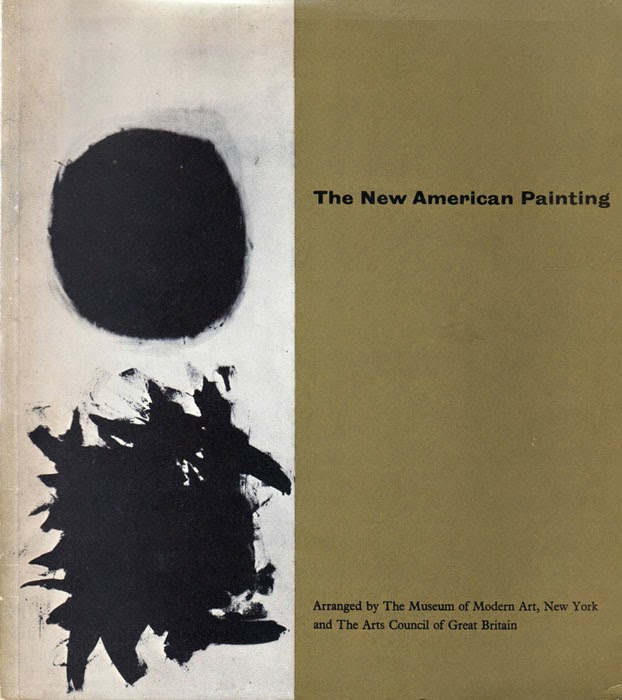 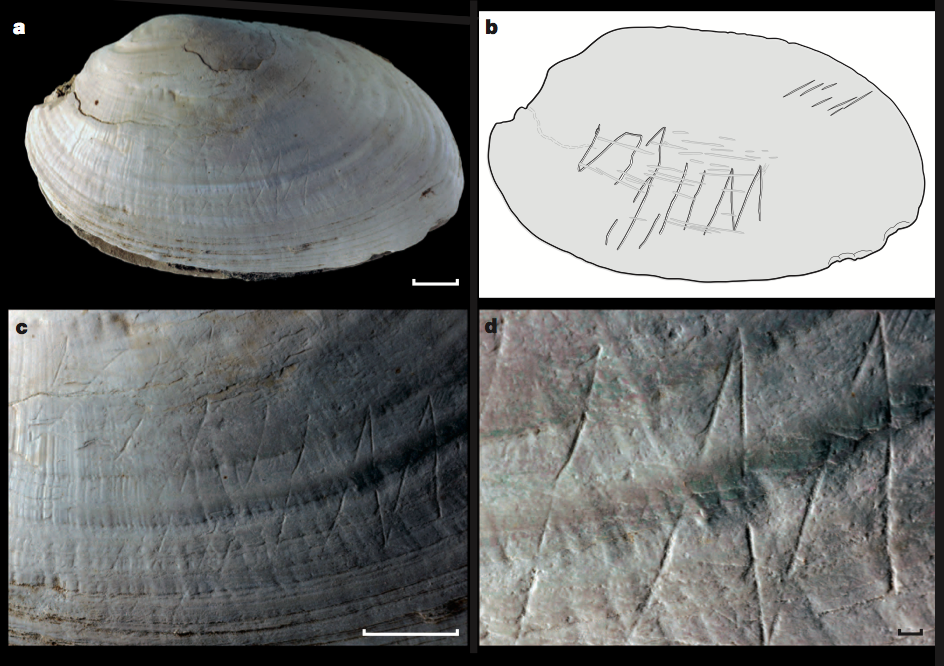 Nature magazine has published these images of this engraved shell which is from a freshwater mussel species and was collected in the 1890s by the Dutch palaeontologist Eugène Dubois, at a site in eastern Java called Trinil. There, Dubois discovered the first Homo erectus fossil — a skullcap — and other ancient human bones. He also brought home dozens of shells excavated from the site. They were examined in the 1930s and then packed away into a box in a museum in Leiden, the Netherlands.
The engraving might have stayed undiscovered, were it not for Josephine Joordens, a biologist at Leiden University.
By 40,000 years ago, and probably much earlier, anatomically modern humans — Homo sapiens — were painting on cave walls in places as far apart as Europe2 and Indonesia3. Simpler ochre engravings found in South Africa date to 100,000 years ago4. Earlier this year, researchers reported a 'hashtag' engraving in a Gibraltar cave once inhabited by Neanderthals5. That was the first evidence for drawing in any extinct species.
But until the discovery of the shell engraving, nothing approximating art has been ascribed to Homo erectus. The species emerged in Africa about 2 million years ago and trekked as far as the Indonesian island of Java, before going extinct around 140,000 years ago. Most palaeoanthropologists consider the species to be the direct ancestor of both humans and Neanderthals. Henk Caspers/Naturalis
The shell, from a freshwater mussel, shows a hole made by a member of Homo erectus.