'Like' at Von Lintel gallery until January 10 2015. One of the preoccupations of American abstract expressionism was its desire to escape the organisation of space that emerged from Europe and particularly the dominant influence of cubism. Now it would appear that the figurative dimension, the architecture of the world is re-asserting itself and this trend is evident in Canan Tolon's work. As understood by Picasso "To talk about painting is like trying to taste music" so I recognise its hard to write about painting but sadly the text that accompanies these delightful paintings does them no favours. Apparently she has invented a visual narrative! ( Please read the comments below to see the corrections from the Von Lintel Gallery. )A style maybe but a new visual narrative, in painting, please do tell.
"Canan Tolon's paintings at first appear as purely abstract, but with time, the eye discovers familiar urban landscapes in the rhythmic painted streaks. She explores the visualization of space by creating an illusion of depth and engages the view in the game of seeking recognizable imagery and inventing a visual narrative.Tolon was born in Istanbul, Turkey, in 1955 and was educated in Germany, England, and at the University of California at Berkeley where she trained in architecture and design." No surprise there. 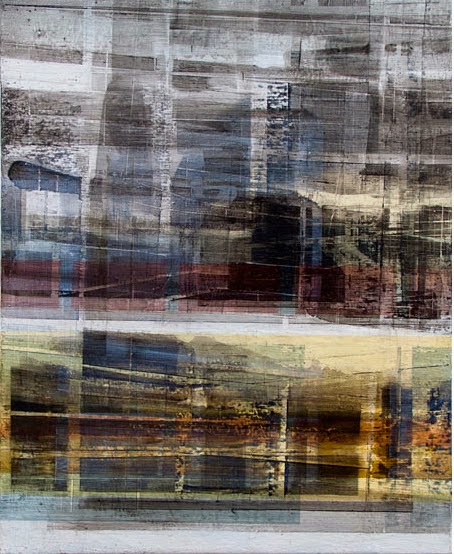 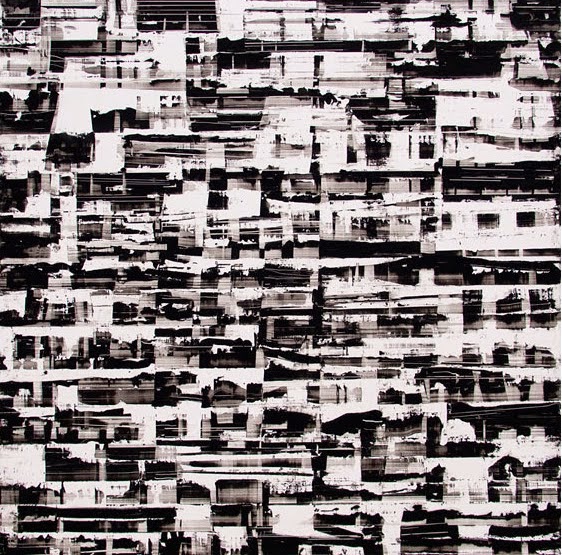