Allan McCollum's latest exhibition, The Shapes Project: Perfect Couples, opened last week at Petzel Gallery in New York.  McCollum has combined his interest in population growth and art,and in 2005 devised The Shapes Project, which is a system for producing unique shapes. Utilizing this plan, the artist is able to create a two-dimensional representation for each person on the planet, without ever repeating the same shape twice. 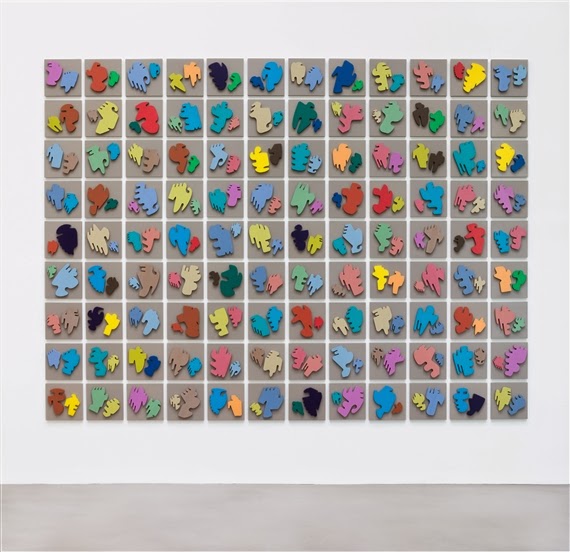 The Shapes Project is an exploration of art, identity, mathematics and actual population data, devised in a system that has been organized to produce over 31,000,000,000 different shapes. The shapes represent not only individuals in the current population, but also the projected population. It is designed to keep track of every individual iteration, ensuring that no two are alike.  Each shape exists as an Adobe Illustrator vector graphic, enabling it to exist two-dimensionally, three-dimensionally, or simply digitally. They can be made in any medium, size, color or texture, by hand with pencil and paper and other art materials or handcraft tools , or using outputting devices like desktop printers, CNC machines, water jet cutters, or 3D printers, but each remains uniquely itself in form, regardless of material or size. Yet, despite the fact that the system for each shape has been completed and designed, the task of producing each piece would take longer than McCollum’s lifetime. Instead, the project, if it is to be completed, must be passed on as a legacy with McCollum enlisting the help of others. 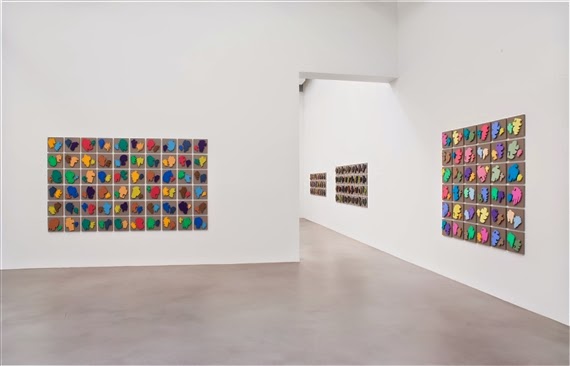 Abstract programming on the BBC

The BBC 4 goes abstract. BBC 4 Abstract programmes My apologies to you if you are unable to view this series of programmes here on the BBC because you are outside of the UK. They are only available for a few days. 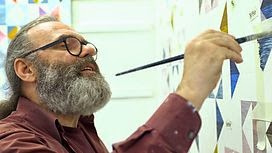 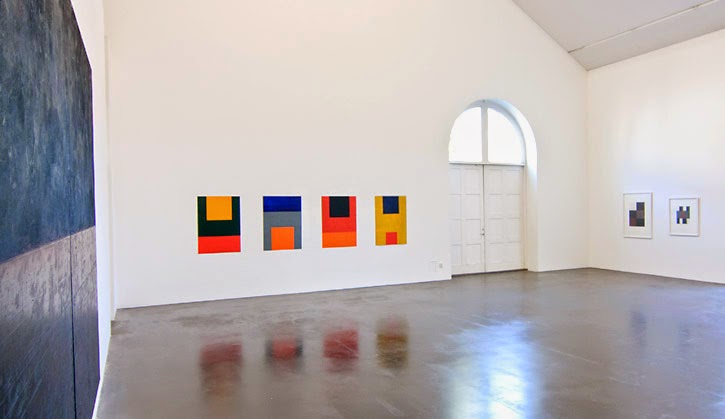 I have added nearly the complete text from the gallery minus the hyperbolic introduction and the emphatic conclusion:
Peter Hahne from Malmö is, and always has been, true to his expression, where the half monochrome encounters elements from calligraphy, and rhythmic movement sets against a meditative calm. Even when the surface is perceived as controlled, it holds an inherent freedom.
"I have often been asked about how a painting becomes. As I understand it, it’s not that the question is about the actual craft, but rather on the content, the idea behind it. Thus, "what does it represent?" It’s a question that I in a sense can understand, but I also know that sometimes it is difficult to give a good and clear answer. Most often it is a long chain of thoughts and ideas. A kind of tentative work leading up to a the final paintingt." 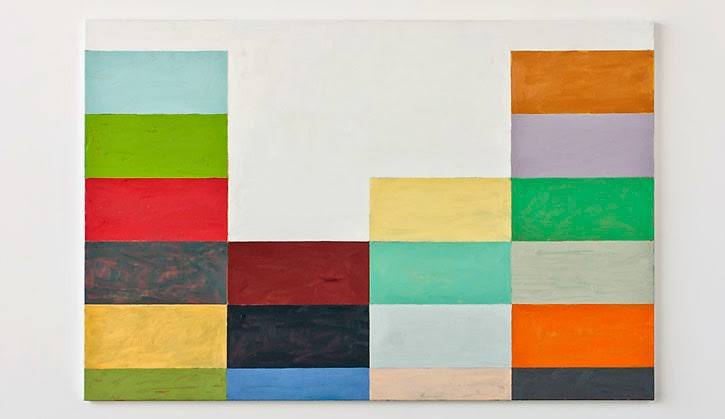 Hahne abstracts images out of memories and experiences. In his recent paintings, he has assumed photo memories from container handling in a port and from life at sea. The rows and columns of different colored steel boxes, which work like minimalist sculptures, functions as the inspiration for the paintings, with tight but vibrant color fields. Hahne describes his encounters with his motifs as spontaneous and emotionally driven reactions, not unlike the human experience of something sacred and holy.
Greek-American Cris Gianakos' focuses on geometric shapes related to the urban landscape and the architecture around us, something that is easily detected in the peice "Signal I - V". Trained at the School of Visual Arts, Gianakos claims that he is primarily self-taught. As early as in the 1960s he began to experiment with what still permeates his work today: simple geometric shapes applied to, but also abstracted from, the landscape and scenery he moves through. One of his most acclaimed installations was carried out in 1969, when Gianakos by using flour created a large cross on the asphalt in an intersection in Central Park. By letting cyclists and pedestrians who passed move the flour around, a shape appeared and made visible the every day randomness that is really nothing out of the ordinary. 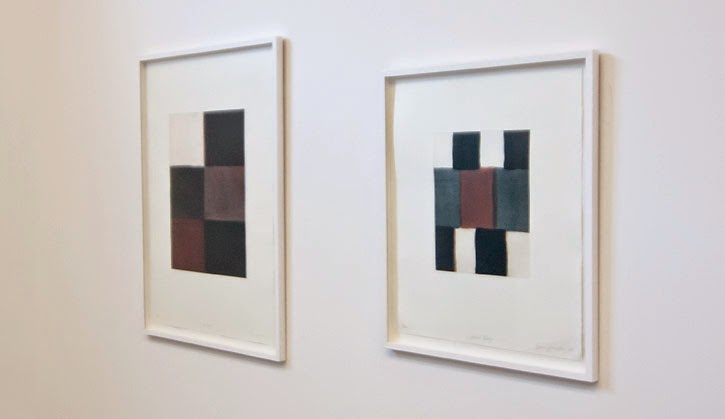 In the late 1960s, during his college days, Irish Sean Scully abandoned figurative painting to devote himself to his great love, abstraction. Since then he has been exclusively exploring the art form and is today one of the world's most influential abstract painters. Since 1975 he lives and works in New York. His imagery has elements of monumental expressions, yet the softness in his color bars makes the paintings inviting and somewhat romantic. In Red, Yellow and Blue, Scully presents the grand aquatints "Dark Fold" and "Vertical Bridge". Rich earth tones contrasts with bright parts in these works, whose compositions are characteristic of Scully.
Red, Yellow and Blue; our three primary colors, which has been so carefully analyzed by both Newton as Goethe, is the base and foundation of painting. They are like the letters in a text, like building blocks, and bring with them the possibility to combine and vary endlessly.
Posted by Monk at Friday, September 05, 2014 No comments: