Kazimir Malevich - The World as Objectlessness "In 1927, the Bauhaus’s publishing arm brought out a book in which Kazimir Malevich, whose Black Square has long been an icon of modernism, laid out his vision of the "World as Objectlessness". It remained the artist’s only piece of writing to be published in a Western language in his lifetime; the title of this edition, a somewhat inaccurate translation, was "Die gegenstandslose Welt", or "The Non-Objective World". For the first time in a long while, the Kupferstichkabinett (Department of Prints and Drawings) presents the drawings from its collections that served as masters for the book. The accompanying catalogue in English and German includes new translations of the artist’s illustrated essay and meticulously reconstructs the history of the work’s genesis: when and where did Male vich create the illustrations and texts, and which moment in his evolution as an artist do they reflect? Malevich’s "World as Objectlessness" is thus revealed to be a snapshot in time of a boundless artistic universe." 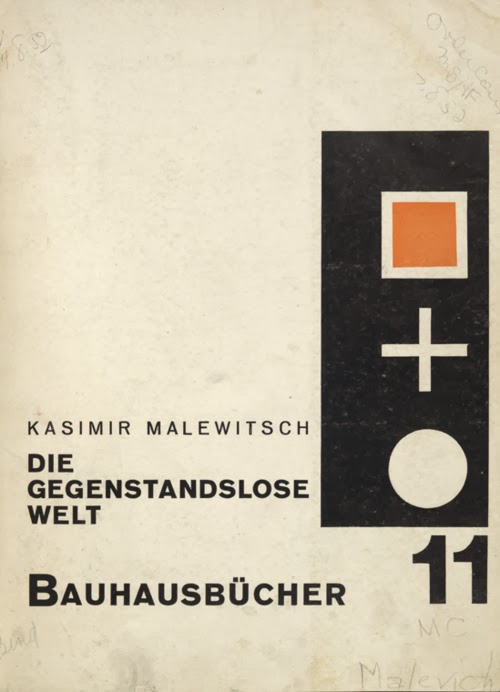 Buy them both at Counter Editions
Posted by David at Saturday, March 01, 2014 1 comment: Links to this post

Anselm Reyle takes time out from abstraction, but he's earned it...

From 'In The Frame' The Art Newspaper, February:
'The 43-year-old artist Anselm Reyle announced last month that he is retiring from the art world and closing his costly studio. The German artist–who at one point employed 50 assistants in his studio and was paying up to €800,000 a month on production–said that his rising costs caused his creativity to diminish. In an interview with the German newspaper Die Welt Reyle said:
“The experimental nature [of my work] was fading more and more, partly because I had to finance the whole thing.” As commissions from collectors came flooding in, the commission were becoming “increasingly one-dimensional”, and focused primarily on his “foil paintings”, he said. “I could have kept producing and selling [the “foil paintings”], but that was not a good prospect for the future in my eyes.” Born in Tübingen in south-west Germany in 1970, Reyle moved to Berlin in 1997.
After a solo exhibition at the Kunsthalle Zurich in 2006, prices for Reyle’s paintings rose astronomically (from $14,000 to $634,000 in two years), and his works began to attract high-profile collectors such as François Pinault, the owner of Christie’s. In 2007 the Gagosian Gallery started representing him in the US. In the Die Welt interview, Reyle credited the gallery for helping him avoid bankruptcy at the height of the recession by staging a major exhibition of his work in 2009. But he added: “Of course, I am also aware that other artists came first at Gagosian. I never had any illusions about that.” The artist says that he made enough money during his heyday to take a break, and has not ruled out a return.'
Posted by David at Saturday, March 01, 2014 No comments: Links to this post