MoMA's first major exhibition of sound art presents work by 16 of the most innovative contemporary artists working with sound.  The exhibition presents work from some of the most innovative contemporary artists are working with sound today. These artists approach sound from a variety of disciplines, and their responses include architectural interventions, visualizations of inaudible sound, explorations of sound ricocheting within a gallery, and a range of field recordings—of bats, abandoned buildings in Chernobyl, bells in New York City, and a factory in Taiwan. Published in conjunction with MoMA’s first major exhibition of sound art, Sounding presents an overview of the recent history of sonic art. In this work Carsten Nicolai demonstrates the impossibility of achieving true silence. Rippling through the piece are visualizations of inaudible, low-frequency sound waves. Through the shifting, concentric patterns on the water's surface, the piece renders visible what would otherwise exist beyond our range of perception. Nicolai is interested in exploring if and how these frequencies might affect us, despite their inaudibility.

Abstract painting is not dead, it is in a different dimension. 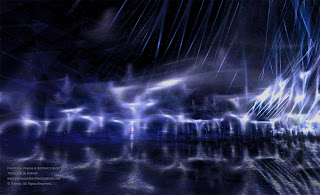 Curators Futurecity launch Paynes & Borthwick Gallery – a real-time virtual replica of an actual gallery space, due for completion in autumn this year, at the Paynes & Borthwick development project on the banks of the River Thames in West Greenwich, SE8. 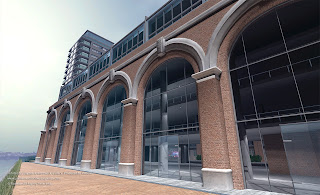 The new gallery provides a unique, first-of-its-kind opportunity for artists and designers to create experiences for an online real-time medium. This has been enabled by Futurecity, who have programmed a series of interactive exhibition experiences into the gallery. 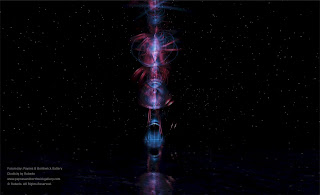 Rubedo examines complex geometry, acoustics and synesthesia, through performance, installation and artefact. The exhibition will be available to view online for 4.5 weeks with 24 hour access, and as with exhibitions in physical spaces, there will be no opportunity to view it after the final day. Don't miss it.

Upon entering the virtual gallery space two works can be seen. Diodicity, which explores transformation and flux, and is the latest version of the original which was shown as the closing performance of Topology at Tate Modern in 2012. Diodicity hovers in mid-air, challenging the viewer to explore its bubble-like and ever-transforming shape and soundscape.

The second piece, Trans_Lux, is entered through a portal within the virtual gallery space, as if being transported through space and time to another world. The work is a fully immersive synaescape, which evolves and responds to the viewer as one passes through it, interacting with its choreographed landscape of light and sound. 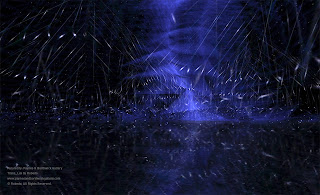 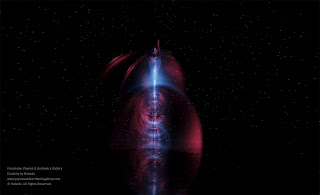 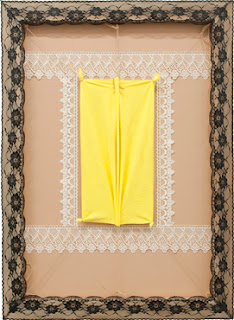 Born in 1945, Cengiz Çekil grew up in Bor, in Central Turkey. He received his BFA from Gazi Institute of Education in Ankara, and went on to study at École Nationale Supérieure des Beaux-Arts in Paris. There he held his first solo exhibition “Réorganisation pour une Exposition”, in the basement of a café in 1975. He returned to Turkey in 1976 and received an MFA in Sculpture from Ege University in İzmir. His first solo exhibition at Rampa was held between May-July 2010.

Cengiz Çekil combines textures, patterns, objects and colours that simply make me think about my perceptions of Turkish art, culture and politics. There is virtuosity in this man's touch. 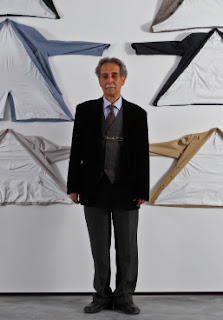 'Art critics have been proclaiming the end of painting since the age of modernism, but a new interest in the medium’s complex and conflicting tradition, as well as its possibilities, has recently emerged. This is evident in “Painting Forever!,” a large, joint project celebrating contemporary painting in Berlin. But what does the future of painting actually look like? ArtMag has asked the experts....'

This is an interesting article on painting, 'Painting Forever!' for the exhibition coming soon at at Kunst-Werke Institute of Contemporary Art, Berlin..
Posted by David at Friday, September 06, 2013 No comments:

A very minimal show on Donald Judd at David Zwirner, London until 19th September. I've always been interested in Donald Judd and his approach to sculpture via painting, I wish there were more of his early paintings around that show his transition into his minimalist sculptures. The Tate show a few years ago must have been one of the biggest shows of his work in London and was excellent.. 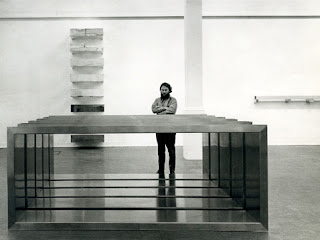 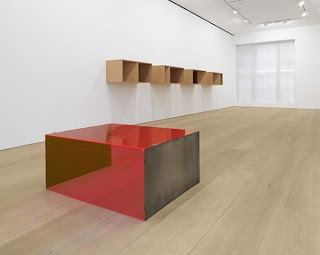 Image above: Art © Judd Foundation. Licensed by VAGA,
New York, NY. Photo by Alex Delfanne.
Press details: This is the first gallery presentation of this seminal artist in London in nearly fifteen years and the first significant exhibition of Judd’s work in the U.K. since his 2004 retrospective at Tate Modern, London. From the early 1960s up until the time of his death, Judd developed a rigorous visual vocabulary that sought clear and definite objects as its primary mode of articulation. Together, the works in this exhibition present an overview of many of Judd’s signature forms and offer insight into his singular commitment to material, colour, and proportion. One of the most significant American artists of the post-war period, Judd’s oeuvre has come to define what has been referred to as Minimalist art — a label to which the artist strongly objected on the grounds of its generality.
The work of Donald Judd is included in numerous museum collections. Permanent installations of the artist’s work can be found at Judd Foundation spaces in New York City, at 101 Spring Street (following extensive restorations, his home and studio opened to the public in June 2013) and Marfa, Texas, along with the neighboring Chinati Foundation. Judd Foundation (Rainer Judd and Flavin Judd, Co-Presidents) is exclusively represented by David Zwirner. In 2011, the gallery exhibited a selection of works by the artist drawn from his seminal 1989 exhibition held at the Kunsthalle Baden-Baden, Germany and in 2013 a major installation by Judd was included in Dan Flavin and Donald Judd, the inaugural exhibition at David Zwirner’s new 20th  Street location in New York. Judd’s work is currently on view in the exhibition Donald Judd: The Multi-Colored Works  at the Pulitzer Foundation for the Arts in St. Louis (through January 4, 2014).
Posted by David at Friday, September 06, 2013 No comments:

Abstraktion.org, is returning from its long Summer holiday... 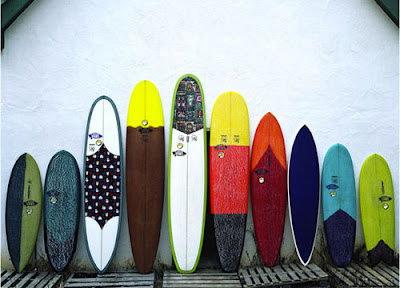 Abstraktion.org is returning from its long summer holiday real soon, with news and events taking place this Autumn..
Posted by David at Wednesday, September 04, 2013 1 comment: