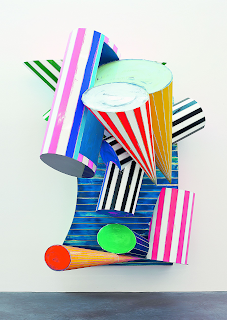 Frank Stella (born 1936) is one of the last living heroes of American painting from the 1950s and 1960s. Stella’s recent works demonstrate yet again his compelling path in the direction of abstraction. Hardly twenty-years old, the young artist conquered the New York art scene in the late 1950s with a sensation: His large Black Paintings not only intensified the debate on Minimalism in painting but also prepared the way for the “exit from the picture into space.” But unlike his contemporaries, Stella took a completely independent path that led him to ever more opulent, ever more baroque reliefs. With his turn “from Minimalism to Maximalism,” Frank Stella developed into one of the most distinctive artists of the 20th century. The exhibition includes circa 63 mostly large-format works as well as 82 drawings and sketches.

With its great hall and flexible wall system, the Kunstmuseum enables the colorful, in part extremely large aluminum reliefs to fully unfold in a way that hardly any other museum can, namely thanks to a customized exhibition architecture. It supports the representation of his work’s logical development over a half century, tracing in the process the artist’s successive efforts to conquer space from the two-dimensionality of the painting up to and including his visionary and most recent works. The retrospective simultaneously wishes to place Stella’s oeuvre in a broader art historical context that extends far beyond modernism for the first time. ArchiSculptures and architectural models make up the conclusion of the exhibition.

This exhibition is sponsored by Volkswagen Financial Service AG
.
Watch Stella interview here http://vimeo.com/50513829
Posted by David at Monday, October 15, 2012 No comments: Links to this post

﻿﻿﻿﻿﻿﻿﻿﻿﻿﻿﻿﻿﻿﻿﻿﻿﻿﻿﻿﻿﻿﻿﻿﻿﻿﻿﻿﻿﻿﻿This is a great show at South London Gallery, London entitltled 'Drip, Drape and Draft'. Raschid Johnson was invited to curate the exhibition in the SLG’s first floor galleries, bringing together works by three abstract painters whose work has informed his own and with whom he has ongoing dialogues about his and their practices. The show presents works by Robert Davis, a close friend of Johnson for more than a decade; Angel Otero, who he has known for some six years; and Sam Gilliam, an older artist from what Johnson refers to as ‘an almost lost generation of black abstract painters’, with whom he recently struck up a mutually significant friendship. The show is until 25th November 2012.
See a short film on Johnson here...http://youtu.be/6qkDIjpbtiQ
Posted by David at Monday, October 15, 2012 No comments: Links to this post 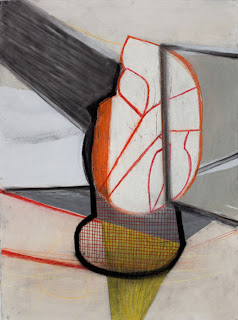 A Shape that Listens: new drawings at Campoli Presti in Paris Amy Sillman’s first solo exhibition at the gallery. The show features twenty-two new drawings along with one painting. "Sillman’s public “breakup” with abstraction might be overstated, but the paintings are convincing enough that we don’t really care." Michael Tomeo 2010.
Posted by Monk at Saturday, October 13, 2012 No comments: Links to this post 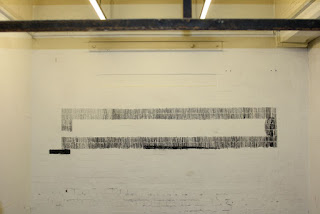 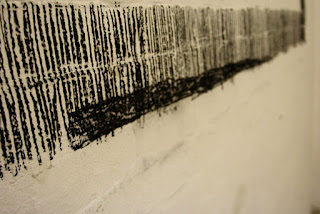 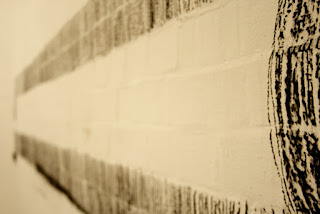 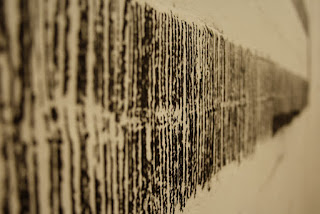 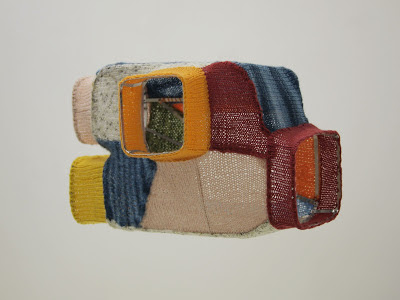 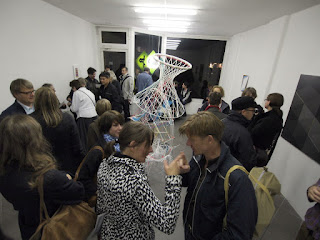 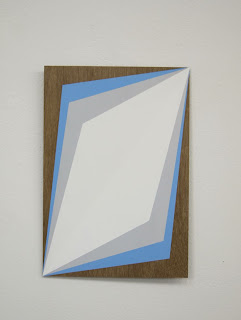 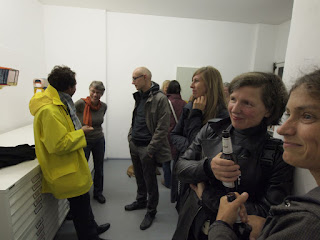 Good to see this gathering at OQBO in Berlin for Brent Hallard's 'Dripping Color Amazement'. Next time Guido a wave for the camera please. Check out Guido Winkler's new blog and his delightful 'Some Thoughts'.

Posted by Monk at Saturday, October 13, 2012 No comments: Links to this post

Abstraction Versus Realism in Palma

Tensions between the abstract art and figurative art have been consistent in the twentieth century. Miradas Cruzadas draws attention to and contrasts these concepts and looks at different ways in which artists from two different historical contexts have moved closer to reality: The abstract art of the fifties and sixties and realistic art of the eighties and nineties.

Posted by Monk at Thursday, October 04, 2012 No comments: Links to this post

How Abstract is Abstract

From an article on EDN ( Electronic Design Network?) 'How Abstract is Abstract' by Brian Bailey.

"It is amazing how much complexity hides behind a single word, but in the EDA world, abstraction has been defined so many ways, usually by marketing departments, that nobody really knows what terms such as behavioral and functional actually mean any more."

"They key is to be specific when talking about abstractions and state what the abstraction is being applied to and abstract in which aspects. Perhaps then some of the confusion will go away." 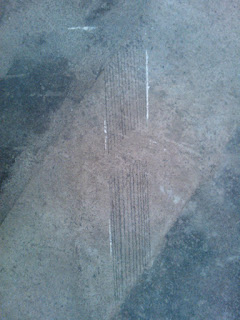 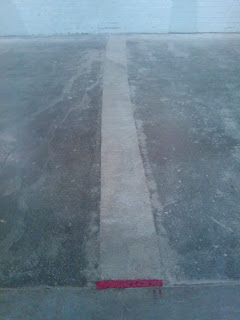 Posted by Monk at Thursday, October 04, 2012 No comments: Links to this post