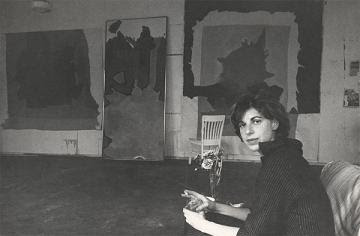 Image courtesy of The Art Story
Born in New York in 1928, Helen Frankenthaler first studied with Rufino Tamayo at the Dalton School. At Bennington College, Vermont, 1945-49, she received a disciplined grounding in Cubism from Paul Feeley, though her own instincts lay closer to the linear freedom of Arshile Gorky and the color improvisations of Wassily Kandinsky's early work.
In 1950 the critic Clement Greenberg introduced her to contemporary painting. During that summer, she studied with Hans Hofmann in Provincetown, Massachusetts. In 1951 Adolph Gottlieb selected her for an important New Talent exhibition, and she had her first one person show in New York later that year. 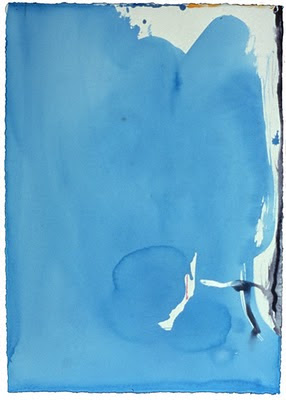