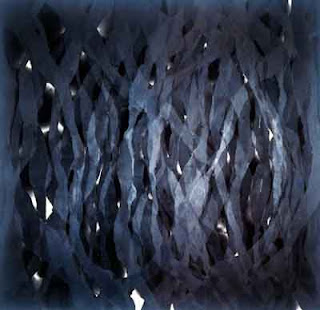 The Laboratory at The Royal Academy's Weston rooms an initiative that enables academicians to experiment. Familiar names get a chance to present other, lesser known aspects of their work. The current 'scientist' is Ian Mc Keever  who is exhibiting his photographs alongside his large paintings. McKeever made the work after he moved from London to Hartgrove in Dorset. The photographs appear as documentary sketches for outlines, compositions and a general play of light. The paintings are ethereal tissue like cells with amorphous layers.
Posted by Monk at Sunday, September 19, 2010