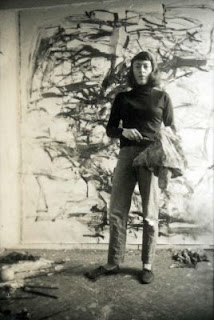 Inverleith House is presenting the first museum exhibition in the UK devoted to the artist Joan Mitchell (1925-1992) - one of the most important and singular American painters of the post war period, whose work is gaining increasing recognition today.
Mitchell studied at The Art Institute of Chicago before moving to New York in the late 1940s where she became the youngest member of the Abstract Expressionist movement, enjoying the support of artists such as Willem de Kooning and Franz Kline. In 1959 she left the United States and moved to France, where she lived and worked for the rest of her life. There, she developed a highly personal painterly style - synthesizing an Abstract Expressionist tendency with the traditions of high European painting. In the colour, brushwork, and structure of her paintings one finds affinities with Paul Cézanne, Vincent van Gogh, and Henri Matisse. 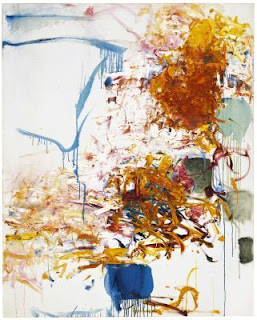 The exhibition comprises seven paintings on canvas and five works on paper, (from public and private collections in Europe and America) made throughout the artist's career and it considers Mitchell's work in light of her love of nature and poetry. A poet's painter, Mitchell was a lifelong reader of William Wordsworth, John Clare, Gerard Manley Hopkins, Wallace Stevens, and Rainer Maria Rilke. During her time in New York she befriended key figures of the then-emerging New York School of poetry (James Schuyler, Frank O'Hara, and John Ashbery), while in France she came to know Samuel Beckett and Jacques Dupin. Like these writers, Mitchell expresses through her painting a complex interplay of emotion, memory, and sense of place.
It has been selected by New York-based writer and curator Philip Larratt-Smith and is presented in association with the Joan Mitchell Foundation, New York.and the help of Cheim & Read Gallery, New York and Hauser & Wirth, Zürich. 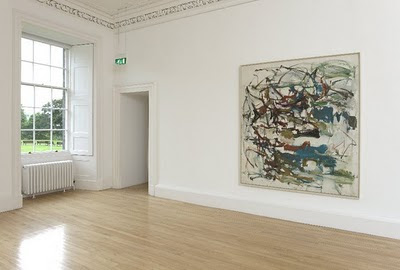