I have never heard of Don Clendon Peebles, a New Zealand painter who died recently but his obituary in the Guardian gave the impression of a delightful committed artist and I look forward to learning more about his work. The writer of the obit, Robert Macdonald made an observation about Peebles' career - "Peebles suffered from the critical view that his art was too international in flavour..." This is in contrast to the ambitions of so many academic critics and artists today who frequently express their desire for, and ambition to create work that is universal which in itself appears contrary to the returned trend for the 'local identity' that is being sought in other sectors. On looking around for a Peebles' image this one struck a chord! 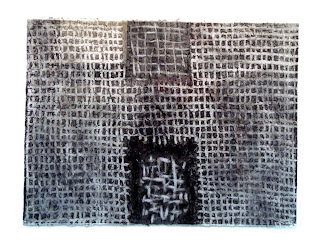 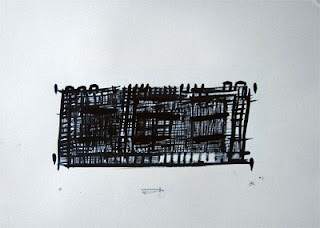 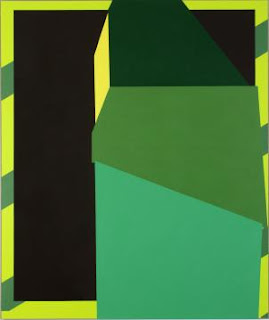 The Poussin Gallery specializes in abstract art and mostly presents artists born in the 40's and 50's. They have a strong identity and approach showing such notables as Alan Gouk, John Hoyland, John Maclean and Paul Tonkin.  In their own words "Poussin Gallery is primarily concerned with the furtherance and promotion of abstract visual art, of a kind which demonstrates an understanding of its links to art history, without resort to nostalgia or mannerism." Their latest exhibition is by C Moray de Morand