Abstraction in the USA

There is a very active abstract movement in America that is establishing links with like-minded groups around the world. Reductionism seems to be predominant and appeals because of a clean modernist, fabricated look. Its construction and design imparts a futuristic feel and implies a rigour of analysis, a honed decision making. For me the reductionist methodology is floored as a means of analysis whether it is within science, architecture or painting. 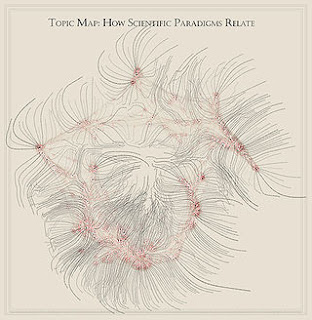 It denies, excludes and is inclined to become fundamental, dogmatic and regulatory. (One commentator in the US has declared that abstraction is non political and a great investment, therefore an ideal vehicle for sponsorship and patronage in this troubled world. History repeating itself...I digress) Science has recognised that reductionist enquiries need to be tested against other disciplines to stand up. Newton/Quantum/Body/Mind/Classical/Contemporary. In doing so the premises on which the isolated reductive thinking has been based, at worst is undermined and at best is shown not to be compatible with other paradigms, theories, experiments or realities. Having stated this I greatly appreciate and admire the focus that, for example Minus space is providing. They are encouraging debate and are providing a focus for some beautiful work. It follows an American tradition yet is fresh. For me the majority of the work that I have seen under their umbrella goes part of the way to answering some of the quests in my work. This contemporary movement doesn't reveal the human flaws and vulnerability that I recognise in their predecessors that I have been so inspired by - Guston, Motherwell, De Kooning, Newman etc. The clinical aesthetic strikes me as one of wishful thinking and hiding behind mechanism. Painting as a process has the uncanny habit of revealing more than is perceived by the maker. Design tends to be outcome led and a pre-emptive filter. It reveals a lot but less of the unguarded. The reductive is good at finding motif, which is a mountainous task, but in my experience the significance and flavour is then lacking. To combine the two processes is surely the pinnacle.

Another example of an excellent initiative in the US that I have failed to find a similar example of anywhere else, let alone the UK, is Lyle Rexler's photographic exhibition at Aperture "http://www.aperture.org/travex/detail.php?id=54". As part of his explanation for the works selected he said that it wasn't his aim to try and define abstraction. Hurray. "Imagination is more important than knowledge." Einstein
Posted by Monk at Friday, November 06, 2009